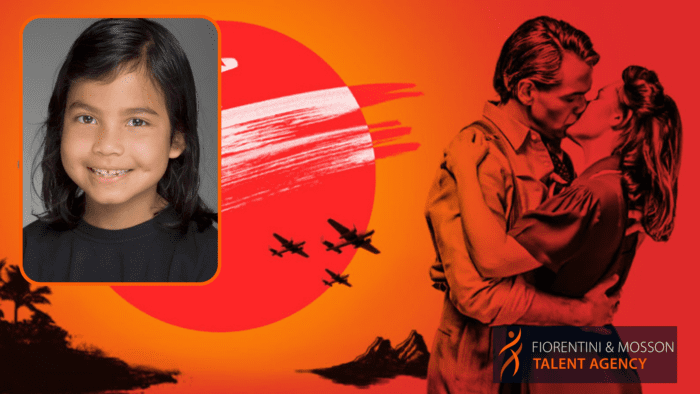 We have some fantastic news to share with you: our client Lana Lakha will be following her dream and joining the upcoming production of South Pacific at Chichester Festival Theatre! This is Lana’s professional debut after being a student of the Anna Fiorentini Theatre & Film School for many years.

This new production is directed by Artistic Director Daniel Evans whose previous Chichester productions include Quiz and Fiddler on the Roof. Featuring some of Rodgers & Hammerstein’s most memorable scores, such as ‘Some Enchanted Evening’ and ‘I’m Gonna Wash That Man Right Outa My Hair’, this beloved musical is sure to charm audiences.

We are so excited for Lana, who won Fiorentini’s Got Talent in 2019 singing Speechless from Disney’s remake of Aladdin. She will be following in her sister’s footsteps (also one of our agency clients who has attended the Anna Fiorentini Theatre & Film School for a number of years) after she played Annie in the UK tour of Annie and was also in the Original West End cast of The Prince of Egypt. A huge congratulations to her!

If you would like to find out more about the production or to book tickets, click here. The production will also be streamed for those who would prefer to watch from home.

And if you have a dream to act, sing and dance, take a look at the schools and the classes we offer here or drop us an email at hello@afperformingarts.com. We have a few spaces left for this term!