On Stage or Off Stage 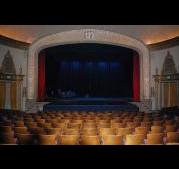 A couple of weeks ago we had our annual variety show, in which students from two of our schools had the chance to show off their singing and dancing skills in a real theatre. They had a wonderful time, and so did their parents, grandparents and friends who were in the audience. It’s a great experience for children to have that moment in the spotlight, either by themselves or with their classmates. But most people who come to watch a performance don’t think about what goes on outside of that spotlight. And there are actually a lot of things that need to happen offstage to make sure that the show goes on.

Probably the most noticeable non-acting contributions to a show come from the design team, who are responsible for the set, costumes and makeup. For a small fringe play, these different aspects are often all covered by one person, but big productions will have whole teams working to design and create the look of the show. Their work starts early in the process of putting the production together, because it’s important for the actors to know what the stage and their costumes are going to look like before they start rehearsing. When it’s time to go into the theatre, the set designer and the technicians are responsible for getting the set in place before the show opens. But for the people who deal with costumes and makeup, the real work only starts there. Some shows require lots of changes, and actors might need help to get in and out of their costumes quickly. And let’s not forget about all the hastily safety-pinning a costume in place or sowing on buttons that happens during the performance! Makeup and wigs can be a lot of work as well: just think of a show like The Lion King. Sometimes actors are taught to do their own makeup, like in Cats, because it would take too many people to get everyone in their full makeup on time. All of this happens in the dressing rooms before curtain up, and makeup artists often have work during the show as well, doing touch ups or helping actors change wigs.

What’s usually less noticeable is all the technical work that goes into a production. Again, this depends on if you’re talking about a one-woman-show happening above a pub or a big West End musical, but there are a few elements everyone who wants to put on a show needs to think about. Light, obviously, is very important, not just so the audience can see what’s happening on stage, but also to get across a certain mood or to signal a different time of day. It’s the same with sound: the minimum is making sure the audience can hear the actors, but it can also include special sound effects. In a show with live music, the sound technicians need to be careful that the total mix of the different instruments and voices sounds good too. And when you have a big cast, part of the job can be helping the actors clip their microphone and transmitter to their clothes, and changing the microphones from one actor to the other. Set changes are also part of technical side of the show, especially when they use something called the fly system. Traditionally, bigger theatres have a row of metal rods suspended above the stage where the audience can’t see them. Among other things, these are used to hang pieces of scenery from. That way, set pieces can be lowered onto the stage when they’re needed, and pulled out of sight quickly. So, altogether there’s a lot of technical activity going on backstage during the show, and it’s the job of the stage manager to make sure this all happens at the right time. The stage manager sits in the wings with a script and a headset, giving instructions to the people who operate the lights, the sound and the flies. They also announce when the actors need to come to the stage for the start of the show, so it’s a very important job.

As you can tell, there is a lot happening during a performance apart from the things you see on stage. The backstage is just as exciting a place to be!