Five Animated Films we’d like to see as a West End Musical! 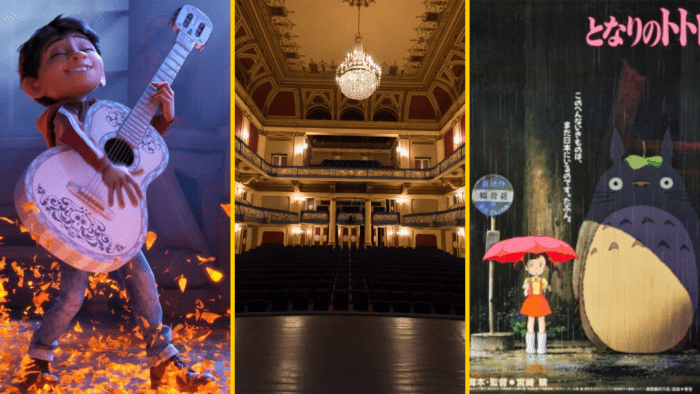 Theatres are re-opening their doors across the country and we can’t wait to go back! There is so much to see at the moment. In recent years, there has been a huge spike in films that have been adapted for the stage. From Disney’s The Lion King to Frozen, animated films have proven to be a particularly good source material for theatre producers. So we thought we would think of some of our favourite animated films that would be perfect for the stage!

Check out our other blog: How Theatre can Help Children Process Emotions & Build Connections with their Peers

These are the five animated films we’d love to see as a West End Musical:

Okay, so we know this film isn’t fully animated but who can blame us for including it in our list? Imagine how joyous and cute this musical would be! There could even be a musical number about marmalade sandwiches…

This beautiful story about generations of a Mexican family and their history with music would work wonderfully as a West End musical. It has a catchy soundtrack already and the bright and fantastical scenery would be breath-taking on stage!

Studio Ghibli’s enchanting story about sisters who uncover a world of forest spirits and curious creatures when they move to the Japanese countryside would be a treat on stage. Not to mention, we’d love to see a life-size version of Totoro dancing around!

With its rich setting in New Orleans and its music rooted in jazz and R&B, we think it would be great fun to see this film adapted for the stage. It would be interesting to see how theatre magic takes on the frog transformation scenes…

Love them or hate them, we think the minions would be hilarious on stage! And we can already imagine super-villain Gru’s solo number…

If you’re a big fan of musical theatre and the performing arts, then check out our weekend and after-school classes at the Anna Fiorentini Theatre & Film School! We have branches in Camden, Hackney, Docklands and Greenwich. Although term has already started, we have some places left, including in our Weenies classes for 4-6 years old. Click here for more info.

Our industry professionals teachers will help students learn new techniques and transferable life skills whilst also providing a friendly, safe and supportive environment where every child is free to express themselves and grow in their creative and technical abilities. And if you join this term, you’ll get to be part of our Anniversary Showcase at the Hackney Empire of Greenwich Theatre!