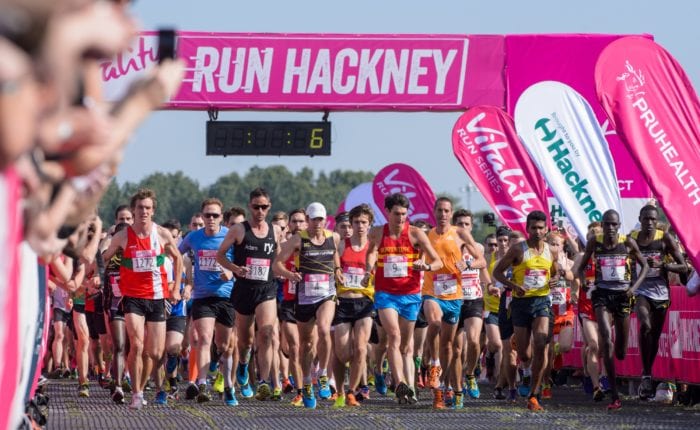 The Anna Fiorentini Performing Arts School celebrated its 20th Anniversary by taking part in the Hackney Half  on Sunday 26th September and raising money for local children to attend our schools.

Check out our other blog: Five Reasons to Fundraise

A team of 10 Fiorentini Fundraisers joined thousands of runners in the popular half marathon to raise vital funds for the Fiorentini Foundation, the charitable arm of the School, which helps provide scholarships to disadvantaged children at the Anna Fiorentini Theatre & Film School for 4 – 18 year olds. Raising an impressive £7,000 so far between them, that is a potential of 20 full scholarships or over 40 part-funded scholarships for the term.

The Fiorentini Fundraisers team was made up of students, family members of students and long-term supporters including Ed Muboro. Ed participated in the London Marathon on behalf of the Fiorentini Foundation back in 2011 and after the success of that, he went on to climb Mount Kilimanjaro for the Foundation too. This year at the Hackney Half, he has again helped to raise a staggering amount for the Foundation and finished with a great time of 1 hour, 26 minutes and 11 seconds. He said:

“I love running and what a fantastic way of channelling my energy into a great charitable cause using a sport I truly live for. The fundraising has now gone over £5000 – but please feel free to continue to donate to a very excellent cause!”

However, it was not just experienced runners that took part on the day. The team at Cariad Marketing, a multi-award-winning digital marketing agency who have supported the Foundation in other ways including participating in the Charitable partnership with Sussed, took on the challenge of a half marathon for the very first time. Charlotte, Justine and Louise said:

“This was our first time participating in a half marathon, and whilst it was a huge challenge, the fact that we did it for such a brilliant charity made it easier to train and served as our inspiration throughout the run!”

The money raised by the Fiorentini Fundraisers will go towards the Bursary Scheme which provides free places to disadvantaged children at the Anna Fiorentini Theatre & Film School for 4 – 18 year olds. The School was established in Hackney in 2001 as a Prince’s Trust Business. Since then it has gone on to win three Business of London Awards and has opened up other Theatre & Film School branches across London, as well as a school for adults. The Theatre & Film School uses the performing arts to help young people develop important life skills including teamwork, self-expression, communication and confidence.

We are so grateful to all of those who took part and want to say a huge THANK YOU!

The Anna Fiorentini Performing Arts School is always on the lookout for people who would be interested in participating or running fundraising events so that supportive schemes such as bursaries and other forms of financial assistance can be continued. Whether it be a one-off donation, or a fundraising collaboration, community support will make a big difference to the students, now and in the future.

Without the help of fundraisers, the Fiorentini Foundation and the Theatre & Film School would not be able to provide our vital services. If this blog post has inspired you to start fundraising for us, we have a number of ways you can help. We are looking for all kinds of support, whether you want to make a one-off donation, set up a donation page or run a half marathon. Click here to find out more.