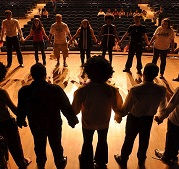 Over the past weeks we’ve looked at a number of the UK’s top drama schools and summed up what their unique features are. Although it does vary from one institution to another, these schools are often difficult to get in to; especially at the most prestigious ones, you could find yourself competing against hundreds of others for a single place. This means that there’s an ever-increasing interest in university Drama degrees, which are usually much easier to get a place on. But how do these programmes measure up against the courses offered at drama schools? We’ve looked at the pros and cons of each. profhilo treatment

As mentioned above, the obvious advantage of applying for a university place is that they’re easier to come by. Entry is usually based on academic achievement, although you might have to audition as well. Drama schools are notoriously difficult to get into, and might require multiple audition rounds. Auditions can cost a fair bit of money as well, which you won’t be refunded if you don’t get a place. One of the reasons drama schools are so picky is that they only take the very best. Sure, they could accept lots more people each year, but as soon as this first massive batch of actors graduated, there would be a problem: way too many actors, not enough paid jobs. These schools only take on the students who they believe will be able to hack it as professional actors, and even for them it’s often a struggle. So, before you decide to skip out on auditioning entirely and go down the university route, keep this in mind: it might make life easier now, but you could find yourself at a disadvantage once you’ve graduated.

When you study Drama at a university, the focus will be on theory rather than practice. You will usually have some practical classes as well, but this amount varies a lot between schools, so make sure to inform yourself thoroughly on this aspect before you choose a course. There will be a large written work component, and class or contact time is usually limited. This is almost the exact opposite from life at a drama school, where you’ll have a fulltime schedule of practical classes with lots of contact time. You’ll usually be expected to do any rehearsing on the weekends. You’ll probably have some written work, but this is very little compared to what you’d have to do on a university degree.

It’s this rigorous practical training that makes agents and casting directors more keen to work with drama school graduates than their university-educated counterparts. Drama schools have strong industry contacts as well, so they make sure their students get the opportunities to be seen by the people who matter. This is valuable support that university graduates will often have to go without. That being said, the gap is narrowing: drama schools increasingly see the value of adding research to their curriculum, while more and more universities choose to work closely with theatre companies.

There are upsides to a university Drama degree as well: because is much less specialised, it will teach you skills that you’ll be able to use in other jobs in the theatre industry, or in other fields altogether. So if you’re perhaps unsure if acting really is your thing, or if you want to have an education you can fall back on if the acting doesn’t work out, university can be a better option. Another advantage to training at university is that you’ll have much more freedom to explore, develop other skills and work on your own projects. As a result, university graduates tend to be better equipped to deal with other demands that can be placed on actors, such as setting up their own companies, finding spaces to put on their work, and promoting that work. In order to be successful as an actor, you have to be an entrepreneur as well, so you’ll have to develop skills such as networking, promotion and time management alongside your acting.

In other words, there’s no easy answer to the question of whether you should pick drama school or university, but hopefully this has made you more aware of the pros and cons of each. The most important thing to remember is that every school and every course is different, so whichever route you want to go down, make sure to inform yourself properly!