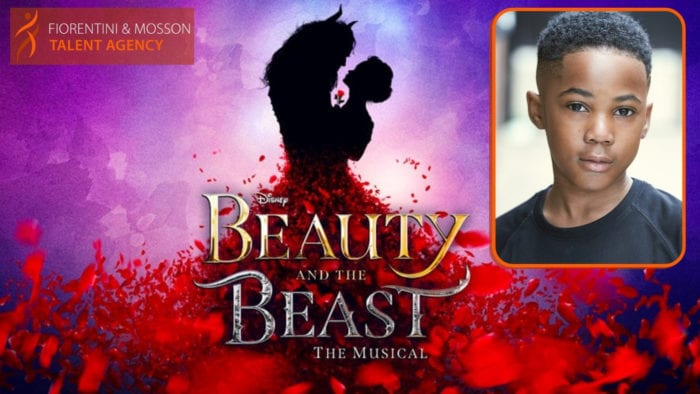 CASTING NEWS – ‘Ma chère Mademoiselle, it is with deepest pride, and greatest pleasure’… that we announce some client news!

We are thrilled for our client Rojae Simpson and the news that he will be joining the upcoming tour of Disney’s Beauty & the Beast. Returning to the stage in 2021, Rojae will be taking on the role of Chip in this ‘tale as old as time’.

The spectacularly reimagined story will be brought to stage using the latest theatrical innovations and is sure to charm its audience with the spellbinding music and lyrics of Alan Menken, Howard Ashman and Tim Rice.

We are so excited for Rojae, who is a student at the Anna Fiorentini Theatre and Film School and whose previous credits include Tina the Tina Turner Musical.

If you would like to follow in his footsteps, take a look at the schools and the classes we offer here or drop us an email at hello@afperformingarts.com. We have a few spaces left for this term!

And if you would like to find out more about the touring production or to book tickets, click here.