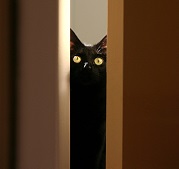 With our annual show Fiorentini’s Got Talent coming up this weekend, many of our participants will be busy with their last preparations. Practice, practice and more practice are the key words here, but everyone knows that, in a superstitious business like the theatre, you sometimes have to do that little bit extra for a successful show. We’ve lined up a couple of the most common stagey superstitions along with their backstories, and we’ll leave it up to you to sort out the curses from the common sense.

One of the most well-known theatre superstitions is the so-called ‘Scottish Curse’, which says that speaking the name Macbeth inside a theatre will cause all sorts of trouble. There are many variations on the origin story of this particular belief, but the most commonly known one is that William Shakespeare managed to anger a group of witches so much that they cursed the play. The performance history of Macbeth is indeed littered with unfortunate accidents, from actors accidentally being stabbed with real daggers instead of prop ones, to theatres burning down. We’ll let you decide whether this is due to a curse, or more to the fact that Macbeth is a long play with a lot of fight scenes that largely take place in the dark. But if you’d rather be safe than sorry, you should refer to it as ‘the Scottish Play’ any time you’re at the theatre. Fortunately, there is also a counter curse, should the M-word slip out accidentally anyway: turn around on the spot three times, spit over your left shoulder and say ‘angels and ministers of grace defend us’, and you’re all sorted again.

Another famous one is, of course, wishing a performer good luck by telling them to ‘break a leg’. Again, the origin of the phrase is not entirely clear, but one explanation states that it’s to do with breaking the leg line. In the past, the edge of the stage used to be marked with a line – the leg line – that performers had to stay behind when they were not on stage. Since actors only used to get paid if they actually performed, you would wish someone the opportunity to cross (or ‘break’) the leg line and to get paid for their performance. Even though the system has changed since then, the phrase is still used to wish actors the best before going on stage, and many performers consider it a jinx to be told ‘good luck’.

How to avoid bad luck in the theatre is not always this straightforward though: the situation with cats, for example, is a bit more complicated. Cats, especially black cats, are supposed to be lucky to have around backstage, but if they cross the stage during a performance it’s said to be a bad omen. Although that might just be because actors hate being upstaged, which cute animals almost always manage to do. Cats are definitely useful to have around though, and London used to have many theatre cats that did their part in keeping the West End mouse population under control. They are much rarer these days, but there are still a couple of well-loved theatre cats around, like Pluto at Battersea Arts Centre, and Pirate and Marley at the Bush Theatre.

Another sure-fire way to get yourself into trouble at the theatre is to whistle when you’re anywhere near the stage. This superstition has a very practical backstory: in the olden days, sailors often worked as stagehands, as theatre rigging was very similar to that on a ship. They would communicate by whistling at each other, so a rogue whistler wandering around could inadvertently bring down a heavy piece of scenery of their (or someone else’s) head. And it’s a good habit that has stuck: even in our modern age of intercoms and radios, whistling is still considered to be unlucky.

If you want to set yourself up for a successful performance, you should also avoid wearing the colour blue on stage. This is another belief with a bit of history, which dates back to the time that blue dye was still difficult to make and therefore very expensive. Sometimes theatre companies that weren’t doing very well would try to give the impression of being successful by dressing their actors in blue costumes. Inevitably, they would eventually go bankrupt over the costs. If a director or costume designer is insistent on having blue costumes however, the bad luck can be counteracted by accessorising with silver. If a theatre company had the money to buy real silver, that meant they actually were successful, or at the very least had a rich backer. Both are obviously good luck, so as long as you spruce up your blue clothes with some silver, you’ll be fine!