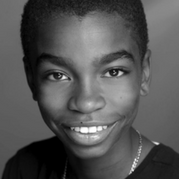 We are very excited to be holding workshops this Saturday at our Camden branch! Jayden Jean Paul-Denis, former Anna Fiorentini Fiorentini student and agency client will be leading a master class!

Jayden is a TV actor best known for his role as Frankie in the award-winning show, Hank Zipzer. Hank Zipzer is a British children’s television series that was featured on CBBC and ran from 2014-2016, that is based on the books by Henry Winkler.

During the workshop students will have the chance to have mock TV auditions similar to what Jayden had to attend to secure the roles he has played.

Please note, this workshop will take place during Drama class and students are to attend classes as normal. Students should aim to be on time.