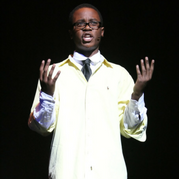 Although some young people may attend drama classes for many years, they may decide to take a different career path once they reach their late teens. They might want to give up performing arts and pursue a career in something completely different. However, just because they no longer attend a drama school, that doesn’t mean they can’t still utilize the skills that they’ve previously learned. Drama classes can help young people in their future careers in several ways:

One of the greatest benefits of taking drama classes is that they increase people’s confidence levels. Some people attend classes solely for that purpose. It’s a fantastic way for people to learn how to express themselves, speak with confidence and to come out of their shell. Performing in front of an audience can be liberating and helps young people to overcome shyness.

Drama classes can be a great way for people to improve their listening skills. Often when performers are acting out a scene, they have to actively listen to what the other speaker is saying. They must concentrate on the words that are being said and truly be focused. When a young person learns how to actively listen, they will learn to focus on what others have to say before they respond. This is a great skill that can be transferred to any work environment.

Drama classes teach young people how to become team players which is a desirable skill to have when starting a new career. When actors are performing, often they will be performing alongside other actors. They must learn how to collaborate with others and work effectively as part of a team. For a scene to be successful, they must rely on the other actors.

Being able to put yourself in someone else’s shoes is a vital acting skill that performers will learn. When they take on different roles, they will have to understand the emotions and experiences of the character they are portraying. To be able to have empathy for someone else and to understand their feelings is an important people skill to have. This skill can be transferred to many other aspects of their life.

Memorising scripts and having to perform on stage, on-screen or in front of an audience of class members can be a stressful experience when young people first start. After a while, once they become more confident and their skills develop, they go on to learn how to manage pressure accordingly. When they eventually start applying for college, university or a job, they will be asked if they can work well under pressure, which is something they will be able to answer yes to with full confidence!