What Needs to Change to Prevent a Harvey Weinstein Scandal Happening Again? 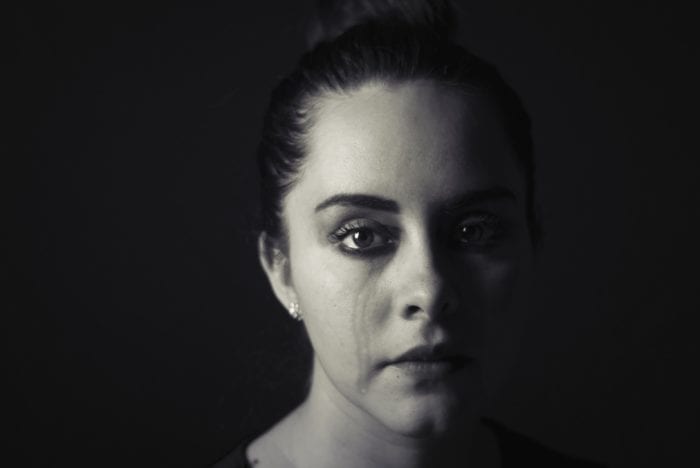 Harvey Weinstein, the film mogul accused of sexually assaulting more than 70 women, is of the most recent high-profile industry figures to be brought to light by the countless women he is said to have assaulted. Stars including Angelina Jolie, Cara Delevingne, Lea Seydoux and Gwyneth Paltrow have spoken out against the producer’s obscene behaviour in the audition room, hotel suites, at parties and in his own home.

What appears to emerge as a theme across the countless accounts of sexual assault – which range from crude propositions to rape – is the victims’ fear of reporting Weinstein at the risk of losing their job. Many of these women were and are young actresses, fresh out of drama school, on the cusp of landing their first big role. The one that could launch their careers; the one that invokes the possibility of award nominations, critical acclaim and a bright, bright future. As a young actress, I remember craving those opportunities with a savage eagerness, one bordering on desperation.

In a personal essay published in the New York Times, Oscar-winning actress Lupita Nyong’o reveals how, when she first met Weinstein as a student, he offered to help her career in exchange for sex. She managed to escape his sexual advances, but not without a fear of jeopardising her career. Actress Amber Anderson posted on her Instagram page that when she was 20-years-old, Harvey Weinstein made lewd propositions and threatened to ruin her career if she revealed them. “He told me not to tell anyone I was alone with him, told me if I did it might affect my opportunities.”.

Similarly, Gwyneth Paltrow was 22-years-old when Harvey Weinstein cast her in the 1996 adaptation of Jane Austen’s Emma and allegedly propositioned her. The New York Times quotes Paltrow: “I was a kid, I was signed up, I was petrified.” For these ambitious young actresses, to be “signed up” was to have entered into an unspoken but clearly understood contract. They could expect a flourishing career, but not without a price: their guaranteed silence around the sexual assaults committed against them and their female colleagues.

“To be “signed up” was to have entered into an unspoken but clearly understood contract.”
Of course, these women are in no way (repeat: no way) to blame. To not scream and shout about one’s experiences or take to Twitter in a tirade of well-intentioned hashtags is not a sign of weakness, submission or compliance. It only elucidates the extent of the manipulation and control exercised by industry overlords such as Harvey Weinstein. And of course, many women did speak out but were unheard. Or rather, people chose not to hear them.

So, what is to be done to change this system of oppression and exploitation, that goes back millennia before the film industry was even born? Firstly, as the roots of exploitation lie in power and influence, it is time that women began to reclaim control. There are countless strong, intelligent women appearing in film and on television, but very few commissioning, producing and directing them.

There is an urgent need for more women to have prominent executive roles, so as to realise their personal and creative agency. Deborah Snyder, the producer of the new Wonder Woman film, spoke about her ambition to fill the film’s crew with as many women as possible. This is a step in the right direction but needs to be the norm, not the exception.

In 1839, author Edward Bulwer-Lytton coined the famous phrase “the pen is mightier than the sword.” Bulwer-Lytton’s “sword” conveniently invokes the domineering masculinity of the film/television industry. But, most importantly, what he means is that to create one’s own narratives is to reclaim agency.

There has been a surge of intelligent, witty and hilarious female writers, including two of my own idols, Sharon Horgan and Phoebe Waller-Bridge, creating stories that reflect real women’s experiences, and gathering critical acclaim in the process. If women can grasp their own “pen” and present their own stories on screen, they can slowly begin to dismantle some of the prejudices which bolster sexist ideologies. After all, women are referred to as having metaphorical “balls” far more often than men.

“We need men to actively support, champion, and speak up for women when they so see abuse happening.”

Finally, if we want to see a change in the way women are treated and presented both off and on screen, it requires the other fifty percent of the population to get involved. This means more than James Cordon wearing a “we should all be feminists” t-shirt on the cover of Glamour magazine, or a meme of Ryan Gosling talking about post-feminism. We need men to actively support, champion, and speak up for women when they so see abuse happening.

This is in no way a conclusive solution; if it were that easy we wouldn’t have an American president whose boasts about assaulting women or a gender pay gap. These problems are nuanced and deeply entrenched within society, and will likely take several more decades of lobbying, women’s marches and social media campaigns to overcome. But by giving women more agency and authority within these male-dominated industries, the power to create their own stories and the genuine support of the male population, hopefully, we will see fewer cases like Harvey Weinstein’s, and more of fearless women succeeding.