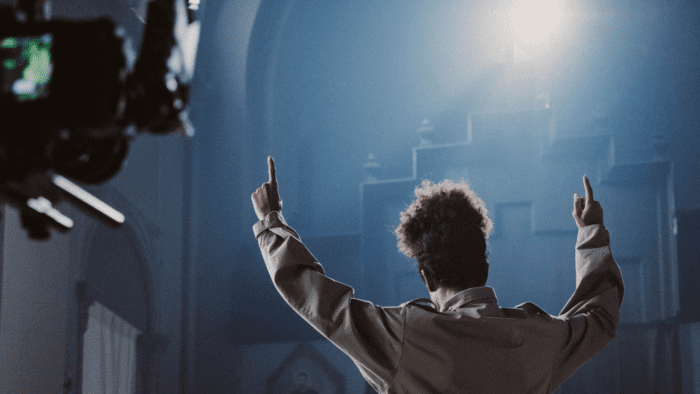 From musicals to quirky dance montages in rom-coms, dance has a huge place in the film world. Some films may feature choreography and dance, whilst others follow characters who inhabit the dance world. These films include coming-of-age dramas, romance films, and psychological thrillers.

We’ve rounded up our favourite films that explore the dance world below:

Whilst spending the summer at a resort with her family in the 1960s, privileged and restless teenager Baby (Jennifer Grey) meets the camp’s dance instructor, Johnny (Patrick Swayze). When he enlists her as his new dance partner, her world begins to change. It’s a classic and enjoyable film with great music and even greater dance numbers!

This beautifully shot film follows a young ballet dancer as she is torn between the man she loves and her pursuit to become a prima ballerina. Her decision will carry serious consequences. This film combines dark fantasy and romantic passion with sensational dance sequences. It’s a must see for any dance lover.

This is a charming film about a coal miner’s son in Northern England who unexpectedly stumbles upon a ballet class during his weekly boxing lesson. What follows is a struggle between his love of dance and the disappointment of his family. It evokes both tears and laughter, and it’s sure to have you tapping your feet along with the music.

With a spectacular soundtrack from the Bee Gees, this film is an essential watch for anyone who loves dance. John Travolta stars as Italian-American teenager as he tries to escape the harsh reality of his bleak family life by dominating the dance floor at the local disco.

This psychological thriller follows Nina (Natalie Portman), a ballerina whose passion for the dance rules every aspect of her life. When she is cast in the lead role of Tchaikovsky’s “Swan Lake”, she struggles with rivalries, her craft and her own sanity. It has breath-taking performances and is a dark and entertaining look into the dance world.

Just released from prison, ex-con Max (Gregory Hines) must decide which of his previous professions to return to: burglar or tap dancer. With appearances from Rat Pack legend Sammy Davis Jr., this film is an often overlooked gem that will have you dancing along.

Channing Tatum’s troubled Tyler receives the opportunity of a lifetime after vandalizing a performing arts school. Catching the eye of a gifted ballet student (Jenna Dewan), the two partner up to create dance routines that mix contemporary and classical moves. It’s a charming romantic dance flick filled with clichés, but it’s still irresistible!

City teenager, Ren (Kevin Bacon), moves into a small Midwestern town where rock music and dancing have been banned. As he struggles to fit in, he enlists his new friend Willard (Christopher Penn) and a rebellious teen Ariel (Lori Singer) to shake up the conservative town. This uplifting film is a joy to watch and will make you want to kick off your Sunday shoes and get footloose!

Some honourable mentions include All That Jazz (1979), Honey (2003), Save the Last Dance (2001) and Flashdance (1983). Hopefully, this has given you some inspiration for some good dance films to watch!

And if these film choices have got you tapping your feet, why not try out some of our dance classes? From musical theatre to contemporary, it’s not too late to join one of our courses! Click here to find out more.