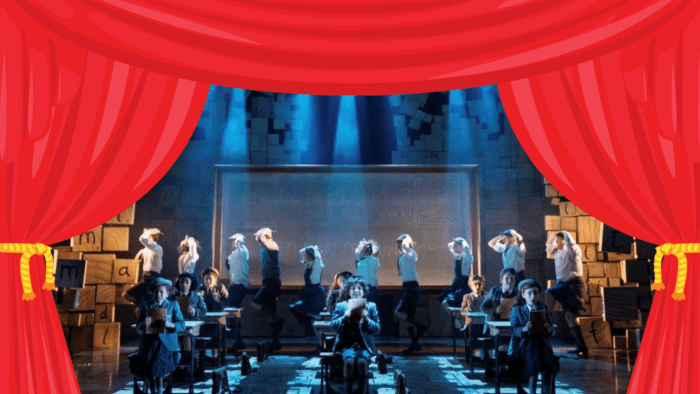 Welcome back to our series of blogs called Stagey Selects where we will take a deep dive into our favourite musicals and shows from the stage. We’ll take a look at the history of the show as well as some fun trivia. This week is all about Matilda the Musical.

Inspired by the beloved book by Roald Dahl, Matilda the Musical follows an extraordinary little girl who, armed with a vivid imagination and a sharp mind, dares to take a stand and change her own destiny.

The musical originally opened in Stratford-upon-Avon in 2010, and due to its success, transferred to London’s West End at the Cambridge Theatre in 2011 where it’s remained ever since. Produced by the Royal Shakespeare Company, comedian Tim Minchin composed and wrote the lyrics for this musical.

Check out our other blog: Stagey Selects: The Lion King

The show won seven Olivier Awards (which at the time was the most such awards ever won by a single show) and has won over 90 international awards, including 23 for Best Musical.

There are 3,780 paper aeroplanes flown into the auditorium each year.

The production gets through over 100 tubs of chocolate spread each year.

A film adaptation of the musical is scheduled to be released on Netflix next year with Emma Thompson taking on the role of Miss Trunchbull.

It has productions not only on the West End and Broadway, but in Australia, New Zealand, Canada, the Philippines and Korea. It has been seen by over 9 million people across over 70 cities worldwide.

There are 86 separate sound effects used in each performance.

It’s the longest running show the Cambridge Theatre has ever had.

We can’t wait to get back to the theatre to watch it and learn our ABCs!

If you love your musical theatre and performing arts, we offer a range of weekend and after-school classes where this passion is nurtured and encouraged. And if you join us this term at the Hackney or Docklands branches, you’ll have the opportunity to perform at the Hackney Empire for our Anniversary Showcase! Or if you join the Greenwich branch, even our Weenies classes, you’ll get to perform in the Anniversary Showcase at the Greenwich Theatre! Click here to find out more and to enrol now!