Stagey Selects: Charlie and the Chocolate Factory – The Musical 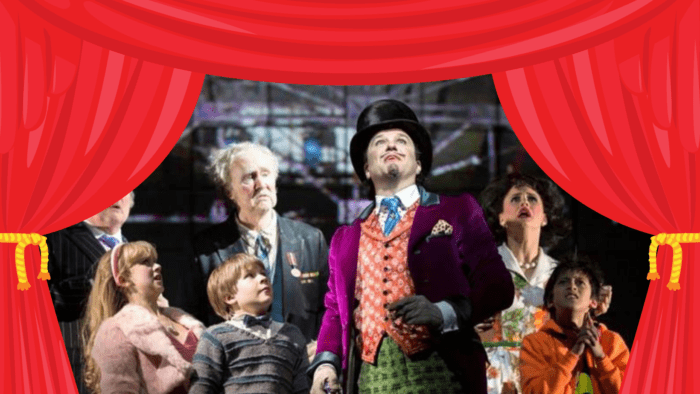 Welcome to our new series of blogs called Stagey Selects. We will take a deep dive into our favourite musicals and shows from the stage, looking at the history of the show as well some fun trivia. This week is all about Charlie and the Chocolate Factory – The Musical.

The musical is based on the iconic book by Roald Dahl. It follows a small boy called Charlie who wins a golden ticket to the weird and wonderful Wonka Chocolate Factory. It’s a chance of a lifetime for Charlie and his Grandpa but beyond the factory gates, the five lucky winners discover not everything is as sweet as it seems.

The production opened on 22 May 2013 at the Theatre Royal Drury Lane.  It concluded its run after three and a half years in the West End. A reworked version of the show then opened on Broadway in Spring 2017.

After the success of the Royal Shakespeare Company’s Matilda: the Musical, producers wanted to replicate this critical acclaim in a new show.

The original score was composed and written by the same duo who did the iconic Hairspray score.

The Musical received 7 Olivier Award nominations in 2014, including Best New Musical. It won the awards for Best Costume Design and Best Lighting Design.

In the West End version of the show, the child characters were played by children. For the Broadway production, the characters of Augustus Gloop, Violet Beauregarde, Veruca Salt and Mike Teavee were played by adult actors.

The only song from the original film to be used in the West End Musical is ‘Pure Imagination’.

The show boasted incredible special effects including a Glass Elevator that flew over the audience.

Here’s hoping the doors to the Wonka Chocolate Factory will open on the West End again soon!

So if you love your musical theatre and the performing arts, we offer a range of weekend and after-school classes where this passion is nurtured and encouraged. Click here to find out more. And if you join us for the next term at the Hackney, Docklands or Greenwich branches, you’ll have the opportunity to perform in one of our spectacular Showcases!