The play’s the thing: Our Five Favourite Plays 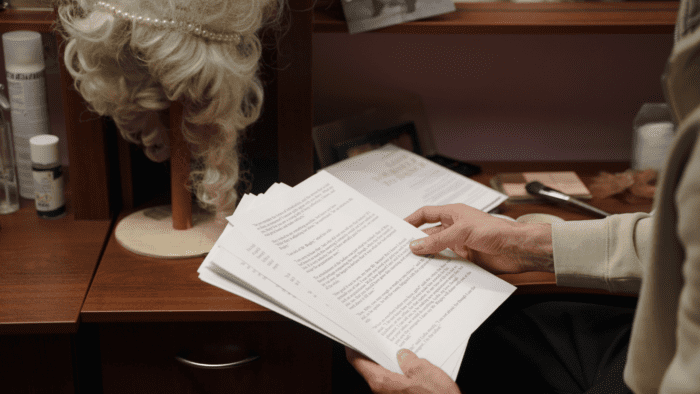 In honour of National Writing Day, the annual nationwide celebration of the pleasure and power of creative writing, we thought we would take a look at some of our favourite plays. Plays can be a powerful vehicle to let us see a different perspective from our own and to transport us to a new world. By reflecting on attitudes, themes and historical events, they can often be a time capsule. And while musicals certainly seem to dominate the West End, there have been some incredible plays that have stood the test of time, encouraging audiences en masse to return to theatres time and time again.

Check out our other blog: Too Old, or Not Too Old, That is the Question: Reasons to join Performing Arts Classes

From classics to more contemporary works, here are our five favourite plays:

Shakespeare’s epic about a young man contemplating his own mortality while attempting to avenge his father is a classic. The ghost of the King of Denmark tells his son Hamlet to avenge his murder by killing the new king, Hamlet’s uncle. Hamlet feigns madness, contemplates life and death, and seeks revenge, with the play ending in a duel. Often considered to be Shakespeare’s greatest play, its sprawling action, compelling soliloquies and powerful themes make it a universal favourite.

Stage & the City were lucky enough to have acting sensation Joseph Marcell host an exclusive masterclass in Shakespeare last year. We hope to have him back for another exciting opportunity, be sure to watch this space!

A Raisin in the Sun

This tragedy by Lorraine Hansberry was the first drama by an African American woman to be produced on Broadway. Set in Chicago in the late 1950s, the play follows an African-American family as they attempt to improve their financial circumstances following the death of their father. At a time when social injustice and racial segregation were rife, the play explores timeless themes such as social inequality, political corruption and the American Dream.

Tennessee Williams’ gritty story of a Depression-era family is told through the memories of the narrator. Coined a ‘memory play’ by Williams himself, this narrative style was highly unusual at the time. The drama focuses on Tom, his mother, Amanda, and his sister, Laura in St. Louis in 1937. Their father abandoned them years earlier, and Tom works a tiresome job in a shoe warehouse in order to support his family. Audiences watch Tom’s desperation to escape his stifling home life. The play was highly successful and catapulted Williams from obscurity to fame.

Chekhov has been credited with the implementation of a prevalent device in contemporary dramatic work: subtext. This is apparent in his play The Cherry Orchard. Incapacitated by illness, Chekhov could only write one or two lines a day. He described the play as ‘a comedy, at times a farce’. Yet many audiences and readers find a touch of tragedy in the drama. Taking place in Russia, Chekhov’s final play tells the story of an aristocratic woman in debt. She decides to sell her family’s estate, with its beautiful and famous cherry orchard. This play reflects on a country on the brink of revolution and the fall of the aristocracy.

And if you want to see Chekhov like you’ve never seen him before, you must see Stage & the City’s Ensemble Company’s new show. The Seagull Reimagined will run at the Courtyard Theatre on Thursday 8th July and Friday 9th July. It’s the perfect way to celebrate theatre doors reopening. Grab your tickets now before they sell out by clicking here.

This one-woman play by Phoebe Walter-Bridge was first performed at the Edinburgh Fringe in 2013. Featuring a lone Waller-Bridge on a stool and with a spotlight, this monologue is about an unnamed woman with a considerable sexual appetite who is mourning the death of her best friend. The tragi-comedy is a shattering exploration of a woman’s complicated emotions. There is no surprise it went on to be adapted into the highly successful television series.

And if this blog post has inspired you to watch or read some new plays, why not book your tickets now for Stage & the City’s Musical Theatre Troupe’s THE ENCORE? This is an original piece devised by the Troupe and is sure to have you in fits of laughter and singing along. Taking place on Saturday 3rd July, book you tickets here before places run out!