Men in Dance: a chat with male dancer Mark Short 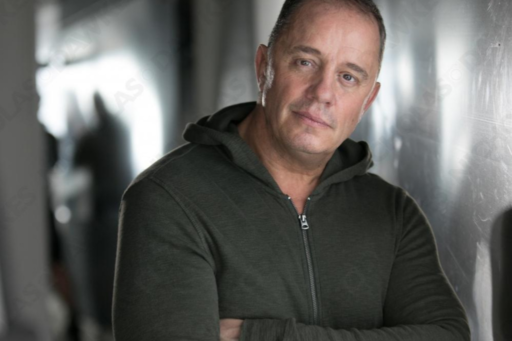 It can often seem that young girls are encouraged more frequently to engage in the performing arts, like attending ballet classes and singing lessons. However as the industry has become more open and accessible to everyone, we are seeing boys and men participate at higher rates than ever.

We decided to speak with Mark Short, who is Stage & the City’s Creative Director and one of our dance instructors. He is a professional performer and choreographer, with credits including Tina Turner, Ant n Dec, Peter Andre to name a few. We wanted to know his thoughts on being a male dancer over his time in the industry.

When did you discover your passion for dance?

I was 11 years old and was crazy over the movie’ Saturday Night Fever’. I was too young to get into the cinema to watch the movie because it was rated 18+, so I bought the album and did nothing but try to re-create the dances made famous by John Travolta.  He became my hero and the same thing happened when ‘Grease’ was released.  I learned every dance routine from both films –  I can still remember them to this date!  I had the dance bug real bad, and that’s when I started doing Disco dance classes and competing in local dance competitions, which led to national dance competitions.  I won the UK dance championships and was encouraged to go to my first ballet class.

Where did you grow up, and what kind of training did you undergo?

I grew up in a small town in Weymouth in Dorset.  I trained at a local boys club doing disco dancing with a group of other students.  I eventually started Ballet, Modern and Tap dance.  I can remember there being about 20 girls and 2 other boys in my class. My dance teacher was called Elaine Rockingham and she made it very cool for boys to learn to dance. Back then there was definitely prejudices against us, but because we had so many female partners to dance with, we became the envy of several lads at school…!

I have so many to mention, but I think my highlights were touring for 5 years backing and choreographing pop artists, working with ‘Tina Turner’ and’ Ant n Dec’, being part of ‘Bananas in Pyjamas’, ‘Top of the Pops’ and being part of the ‘2012 Olympic opening ceremony’. But I have to mention my achievement with the Stage & the City Dance Comapny – I say this because they are regular people who love to dance.  There are guys and girls who have never really had a lot of training  and yet have won several dance competitions both here and abroad and developed quite a following from other full time dance companies we have met along the way. It is their enjoyment, passion and determination to develop new skills that have resulted in their success.  Watching and choreographing these students really makes me proud that I’m part of their achievements.

What has your experience been as a male in the dancing world – from when you were younger to now?

There were always different reactions to dancing depending on your age. When you’re young and dancing, people use to say i looked cute and ‘isn’t he good’, but then you go into the teen years, and suddenly it wasn’t cool to be a lad dancing.  I would get all sorts of insults and accusations and occasional bullying, as experienced by other young lads growing up and dancing at that time.  I came from a small town so there wasn’t the same acceptance as there is today – since the 90’s male dancers have become more main stream.  As soon as I broke free and moved to London, it opened new doors and I met so many more male dancers and got my first professional job at 18.  There weren’t many male dancers even then, so I did really well in the dance profession working on  stage,  in TV and in live performances.  I, along with other male dancers at the time, also experienced a lot of adulation from audiences. As long as you were on stage and backing a celebrity, then you were also a celebrity. I have experienced screaming, banners, bodyguards, and a different type of fame because we were men dancing.  Of course my home town isn’t anything like it was back in 70’s /80’s and has produced some amazing and talented male dancers since. Times change and always will.  Now I’m on the other side of the fence and I work as a choreographer and creative director.  Even though there are still more female dancers than male, the standard and number of male dancers has increased. Thanks to movies such as Grease, Footloose, Billy Elliot and pop videos through to YouTube. It’s not only guys who want to make dance a profession – it’s also men that have a love for dance that are coming to class because it s fun, it encourages confidence and is now seen as a way to build  fitness and strength  as well as a means to gain confidence to dance with your partner out on the dance floor. Today it’s fun and cool for a man to dance.

Do you think the world is becoming more accepting of male dancers, or do we still have far to go?

It’s so accepting for male dancers, and more accepting than ever! The dance world is ever changing.  Styles are fusing and both male & female dancers are changing the way people look at performing both on stage and TV.  Male dancers are dominating our TV screens and Billy Elliot paved the way to popularise and inspire young dancers to train, explore and  work hard to eventually end up in shows and pop videos,  TV  programmes like  X Factor, The Greatest Dancer and West End Shows like ‘Hamilton’. We even have popular talent shows on TV where male untrained dancers of all ages show their talents and look seriously amazing.  This goes to show that not all dancers are trained, that for some to dance is natural and part of who they are, which is so inspiring to watch   Over the years we have seen the rise in numbers of young lads coming to performing arts schools for training, and many getting jobs on TV and theatre at a young age.  It is now more acceptable  for lads to dance. Even football , rugby and sports teams have incorporated  it as a means of training assisting balance , strength and co-ordination and strengthening a team dynamic.   Mind you I’m not saying there still isn’t prejudice, ignorance is a hard thing to erase, however it is becoming more acceptable to be a male dancer  whether its just for fun or for a full time career.  It is now easier for guys to be able to express themselves.

What is some advice you would give to aspiring dancers who might be afraid to take the step forward?

Don’t be.  A life lived in fear is a life half lived.  Chase your dreams and do what you love to do. Do it for your self and  try a class.  Grasp every opportunity. Give yourself a chance.  If you don’t like it you don’t have to do it again, but you won’t know until you try. Once you start to feel the rhythm, once you start to free your body, once you start piecing moves together and when you leave that studio sweating and feeling proud you’ve learnt something, then you’re a dancer.  We can all dance , we just have to discover the dancer inside . You will have discovered a new confidence and gained friends. Dancing then becomes  fun and you’ll be glad you took that step.

Wise words from the amazing Mark Short! If you’re feeling inspired, why not join Mark or our other amazing instructors for the start of our term? We are hosting a Performing Arts Experience Week where you can sample the first lesson of any of our courses for £5!