How to Help Your Child Actor Find Success 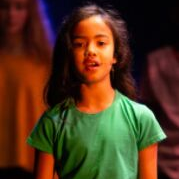 As a parent, you will always want your child to succeed in their chosen career path. The acting industry is one of the most competitive industries out there, so it’s important that you take the right steps to help your child actor find success.

Training plays a vital role in helping your child build a career out of performing. Most professional actors train for years before they land their first role. So if your child has been attending drama school for some time, that’s a great start! Of course, some people are naturally gifted and may make it seem like acting comes naturally to them, but it is still important that they receive relevant training to help them learn new skills, techniques and acting methods.

If you want your child to make it as an actor, they will need an agent to represent them. Talent agents act as the middlemen between talent and those seeking talent, and they will help your child secure roles in TV, film, theatre and commercials. Our talent agency (the Fiorentini Agency) has secured work for many of our students and has allowed them to take their careers to the next level.

One of our students Mia recently landed the leading role in the UK tour of Annie the Musical.  Mia has attended our main school and our summer schools for the past few years, and it has been a priviledge to watch her grow into the confident performer that she is today. It brings us so much joy to see her flourishing and living her dreams on stage!

Mia was always put forward for auditions, and quite often made it to the final stage but never managed to get booked for a role. She has undeniable talent, but sometimes, no matter how great they are, it just isn’t meant to be. Now, after being rejected for roles, she has landed herself an even more incredible role than the ones she onced dreamed of doing!

Parents should remember that while acting might be your child’s gift, success isn’t going to happen over night. Be patient, and try not to get disheartened if your child doesn’t get a call back after an audition. Eventually, if they are talented, hard-working, and have good representation, they will get the job that they’ve been waiting for!