Hank Zipzer is coming to CBBC 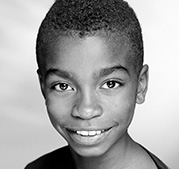 We are very proud to announce that one of our students will star along side Henry Winkler in new CBBC series, Hank Zipzer taking the role of Frankie.

The series starts on Tuesday 28th January and follows the trials and drama’s of Hank’s life. Based on the novels, written by Henry Winkler, the series is set to be a great success.