Half Term Trip: Playwriting at the Royal Court 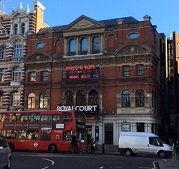 During the half term break last week, students from all four branches of school went on a trip to the Royal Court Theatre. The Royal Court, which is based at Sloane Square, is an influential theatre that focuses on presenting new plays and discovering new playwrights. Probably the most famous play to have premiered there is the Rocky Horror Show, so it’s a place with a lot of interesting theatre history.

What was on the programme for our students, was very contemporary, however. After a quick introduction to the theatre, we first went to see the Jerwood Theatre Upstairs, which is the small auditorium. As our workshop leader Ellie explained, the upstairs theatre is a very versatile space; on this occasion, a large part of it was filled with mud, which was part of the set of the show that would be playing there that evening. We then got to see the Jerwood Theatre Downstairs, the Royal Court’s main space, where everything on stage had been painted blue. With these two very different sets under our belts, we went into one of the rehearsal rooms for the more interactive parts of the programme.

We talked about the differences between the two theatres, and about the different plays you could put on in each. We then read two short plays together, and discussed what elements make a good story to put on stage. After lunch, the students had the opportunity to put their knowledge to use, as they were asked to work in pairs to write a short play. Every pair then got to perform their work, and some of the children had even cast other students to appear in their plays. Among other things, we saw Prince Charles and the Queen defend Buckingham Palace from an escaped prisoner, a lifeguard who was trying to save a drowning person getting distracted by a flirty lady, and a slug and a gingerbread man become friends.

The playwriting session was a favourite of many of the students, with some naming it as the best part of the trip. Paige (10) said: ‘I liked that we were given a chance to write a bit of a script, and I liked that it showed us that you just need to have the creativity to put two ideas together to get a story.’ But students also liked the new things they learnt about the theatre itself. Nico (13) found it interesting to learn ‘that you could use real elements in the theatre sets, like real water, real mud and real taxidermy sheep’, while Paige said it was good to learn how the stages can change.

We’re hoping to organise more trips like this in the future, so keep an eye on our newsletters for more information! 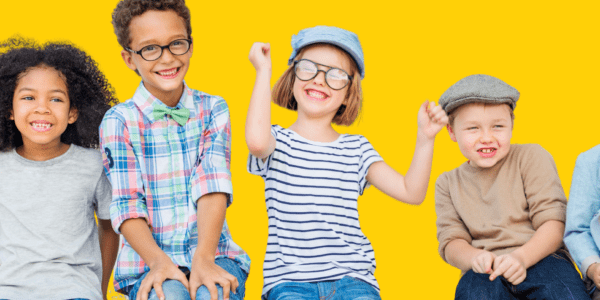 No More Side Hustle!