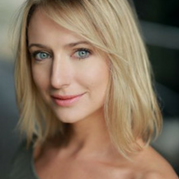 The judges for our 2017 Fiorentini’s Got Talent show have been announced! This year we are excited to have 7 guest judges that are all work in the performing arts industy:

Ali Bastian is probably best known for playing the role of Becca in the popular Channel 4 soap Hollyoaks for 6 year, for which she won several awards, including an ITV Soap Award. She then joined the regular cast of The Bill for ITV1 playing PC Sally Armstrong. She reached the semi-final of Strictly Come Dancing in 2009 and to this day remains the only celebrity to have received a perfect score in both the American Smooth and the Viennese Waltz. She later danced her way into the West End leading the company of Burn The Floor at the Shaftesbury Theatre and the role of Roxy Hart in the UK Tour of Chicago.

Alice is currently producing A War of their Own which will directed by the Oscar and twice Palm d’Or winner Bille August; Jon Amiel’s The Angel Makers; and further developing two animation features; two film franchises; and three feature films which she has also written.

Emma Sylvester was a jobbing actress before her move into casting. Emma works alongside casting director Carolyn Mcleod on all her projects which includes feature films High Strung Free Dance (Director Michael Damian) and Bruno(Director Karl Golden). Emma also casts her own projects, and has recently cast for Ridley Scott Associates and is now the in house Casting Director for film production company SIgnature Pictures. Emma is an ambassador for diversity and equality in casting.

Adam Tyler is a BAFTA-winning director, writer and producer. His films for young people tackle topics as diverse as extremism, social media, faith and the refugee crisis. Six of his films for TrueTube have been nominated for BAFTA Awards in the past two years, including social media drama Like Me, which featured six Anna Fiorentini students.

Tahj Miles, a Fiorentini agency client, has had numerous leading roles in West End productions including Oliver!, Matilda and Bugsy Malone. Most recently Tahj has hit our screens in the CBBC hit show, Class Dismissed showing weekday mornings on CBBC.

Jayden Jean-Paul Denis, a former Fiorentini student from the age of 7 landed the leading role of Simba in the West End’s Lion King at the ripe old age of 9. Jayden’s television debut was in award winning comedy, Rev for BBC2. Jayden is also a strong dancer, and continued his dancing with Zoo Nation for 3 years. He is most recently recognised for his role of Frankie in the popular CBBC series, Hank Zipzer, written by TV legend, Henry Winkler.