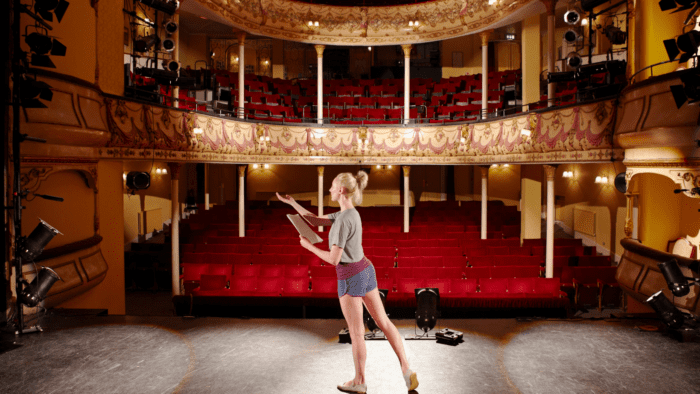 To mark International Women’s Day, we’re taking a look at some of the great women in the world of performing arts in the UK. Whilst it may seem like the world of the performing arts is balanced, the reality is that this is far from true. Last year, The Women in Theatre Forum Report exposed sustained levels of gender imbalance across theatre, film and TV.  That’s why we wanted to celebrate and honour the incredible work that women do for the industry.

Check out our other blog post: Five Actors who became famous in their later life (And how you can do it, too!)

While this list does not include everyone, it showcases just a few iconic British women who are all working in the performing arts today:

The West End and Broadway theatre producer is largely known for producing works such as Harry Potter and the Cursed Child, The Book of Mormon and Leopoldstadt (which a client of ours is currently starring in!).  Friedman has been named Producer of the Year three times at The Stage Awards, becoming the first person to do so. Her production company was also named ‘Producer of the Year’ in The Stage Awards 2019.

The playwright of Jamaican heritage, became the first black British female playwright to have a play staged in the West End with Nine Night in 2018. The play resulted in Gordon winning the London Evening Standard Theatre Awards Charles Wintour Award for Most Promising Playwright in 2018. Last year, she was appointed Member of the Order of the British Empire for services to drama.

Regarded as one of the best British actresses, Judi Dench had worked across theatre, film and television since making her professional debut in 1957. She’s appeared on stage for the National Theatre Company and the Royal Shakespeare Company many times and is a seven-time Academy Award nominee. She was knighted for services to the performing arts in 1988.

The current artistic director of the Kiln Theatre in Kilburn, London, Rubasingham is responsible for the theatre’s relaunch. Under her direction, the Evening Standard and Critics’ Circle Award-winning Red Velvet premiered at the Kiln (previously Tricycle) Theatre in 2012. Last year, the Kiln Theatre won the ‘Best London Theatre’ at The Stage Awards.

The leading director is probably best known for Mamma Mia!, which was seen on stage by a global audience of over 45 million. Lloyd also directed the hugely successful film version. She was named one of the 101 most influential gay and lesbian people in Britain by The Independent newspaper in 2008 and in 2010. More recently, she directed the ground-breaking all-female Shakespeare trilogy of Julius Caesar, Henry IV and The Tempest at the Donmar Warehouse in London.

The actress and singer has appeared on the West End and in film and television, and is also a professional singer. Throughout her stage career, Clarke has been nominated for several Laurence Olivier Awards, winning three times. This includes last year when she won for her role in the revival of Death of a Salesman at London’s Young Vic. She was appointed Member of the Order of the British Empire in the 2017 New Year Honours for services to drama.

This film director often explores the lives of Indians living in England, specifically of women and how they must reconcile their converging traditional and modern cultures. One of Chadha’s most successful films, Bend it Like Beckham, is the highest grossing British-financed sports film. It even resulted in a stage musical version opening in London’s Phoenix Theatre in 2015. She was awarded an Order of the British Empire award in the 2006 Queen’s Birthday Honours List for her services to the British Film Industry.

And of course, our school was founded by a great woman – Anna Fiorentini herself! It’s great to see so many successful women continuing to work in the performing arts, and we hope to see the imbalance addressed. We stand for equality at the Anna Fiorentini Performing Arts School.

At Stage & the City we welcome adults of all backgrounds and abilities to our classes. Whether you want to develop skills, increase your confidence or make new friends, we have a range of classes for you to choose from. Click here to see more. We are currently offering an Early Bird Discount for the next term! Students will get a discount on most of our courses if they book now. You can also take advantage of our taster sessions. This is a great way to try our courses and experience for yourself whether a class is for you before joining. It only costs £10 which will be taken off your fees should you decide to sign up. Find out more here.