Celebrating Black British Creatives and Performers in the Performing Arts 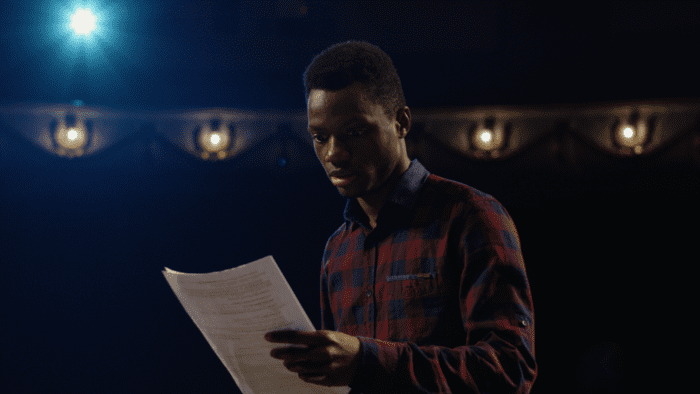 To mark Black History month, we are looking at some of the Black British creatives and performers in the performing arts. With BAME communities still disproportionately represented, we wanted to celebrate the incredible work these artists do for the industry.

Check out our other blog post: Famous Women in the Performing Arts

This list definitely does not include everyone. However, it showcases just a few of the ground-breaking Black British creatives and performers in the performing arts today:

Currently the Artistic Director of the Young Vic, Kwame Kwei-Armah became the first person of colour to hold the role. Having acted in theatre and on television, he then turned to writing. His 2003 play Elmina’s Kitchen opened at the National Theatre to great success. The play was nominated for ‘Best New Play’ at the Olivier Awards and Kwei-Armah won The Evening Standard Award for the ‘Most Promising New Playwright’. More recently he produced the award-winning production Death of a Salesman. The revival was praised for its reimagining of the story with with an African-American family. He also received an OBE in 2012 for services to drama.

Kenyan-born English ballet dancer and actress is currently Principal of The Royal Ballet. She has won many awards and acclaim for her dancing, including the 2010 Young British Dancer of the Year Award. She was promoted to First Artist in 2013, Soloist in 2014, First Soloist in 2015 and finally Principal in 2016. Last year, Hayward was recognised as one of the UK’s most influential people of African or African Caribbean heritage in the the 2021 edition of the annual Powerlist.

Regarded as one of the most versatile actors in the UK, Adrian Lester has received critical acclaim for his roles on both the stage and screen. He was born in Birmingham and trained at the Royal Academy of Dramatic Art in London. On television, he’s best known for starring in Hustle. On the stage, he has appeared in many productions including As You Like It, Company, Henry V and Othello. He is the recipient of a Laurence Olivier Award, an Evening Standard Theatre Award and a Critics’ Circle Theatre Award for his work on the London stage. In 2013, he was also appointed CBE for services to drama.

Travis Alabanza is an award winning writer, performer and theatre maker. Their highly acclaimed work centres around gender, trans identity and race. For the stage, Travis wrote and performed in their debut show Burgerz which won the Total Theatre Award at the Edinburgh Fringe Festival, as well as selling out venues including Southbank Centre and Traverse Theatre. They were the youngest recipient of the artist in residency program at Tate Galleries. Last year, their show Overflow debuted at the Bush Theatre to widespread acclaim.

Making her professional theatre debut in Othello at Shakespeare’s Globe in 2007, Zawe Ashton has won much praise for her theatre work. In 2019, Ashton was cast in the critically acclaimed revival of Harold Pinter’s Betrayal at Harold Pinter Theatre. This then transferred to Broadway to much success. She made her playwright debut that same year with For All the Women Who Thought They Were Mad which was met with critical acclaim. As well as theatre, Ashton has worked in television appearing in Fresh Meat and Not Safe For Work. She will shortly be joining the Marvel Cinematic Universe as a villain in The Marvels. In 2012, Ashton picked up the Creative Diversity Network Award for ‘Best Breakthrough On-Screen Talent’ for her in Fresh Meat.

Arinzé Kene is an actor and playwright having appeared on both television and on the stage. He has worked in productions such as the West End’s The Lion King, Been So Long at the Young Vic and One Night in Miami at the Donmar Warehouse. In 2018, Kene’s one-man play Misty transferred to Trafalgar Studios, following a sold-out run at the Bush Theatre earlier in the year. Combining elements of gig theatre and spoken word, he received two Olivier Award nominations. Last year, Kene was appointed MBE for services to drama and screenwriting.

Sharon D. Clarke is an actress and singer who has appeared on the West End and in film and television. Throughout her stage career, Clarke has been nominated for several Laurence Olivier Awards, winning three times. This includes last year when she won for her role in the revival of Death of a Salesman at London’s Young Vic. She was appointed MBE in 2017 for services to drama.

The Ugandan-British actor started his career in television, whilst also performing on stage. Kaluuya’s performance in Sucker Punch at the Royal Court Theatre garnered him a lot of praise and he won both the Evening Standard Award and Critics’ Circle Theatre Award for Outstanding Newcomer. His break-out film role came in 2017 in the Jordan Peele directed film Get Out. This year, he won the Academy Award for ‘Best Supporting Actor’ for his portrayal of Black Panther Party leader Fred Hampton. For this role, he also won a BAFTA Award, Critics’ Choice Award, Golden Globe Award, and Screen Actors Guild Award. He is the first British actor of African heritage to win an Academy Award.

It’s great to see so many Black British creatives and performers working in the performing arts. At the Anna Fiorentini Performing Arts School, we welcome people of all backgrounds and abilities to our classes and schools.

If you are an adult who wants to develop performing and social skills and increase in confidence, whether it be for personal or professional development, we have a range of classes for you to choose from. Although the term has already begun, it’s not too late to join one of the courses. For any classes missed at the beginning of term, you will be refunded. You can also take advantage of our taster sessions. This is a great way to try our courses and experience for yourself whether a class is for you before joining. It only costs £10 which will be taken off your fees should you decide to sign up. Find out more here.

If you are looking to join our Schools for 4-18 year olds, it’s not too late to join this term! And if you join us for this term, you’ll get the opportunity to participate in our spectacular Anniversary Showcase at the Hackney Empire or Greenwich Theatre next year! Click here to find out more about our branches and how you can enrol.