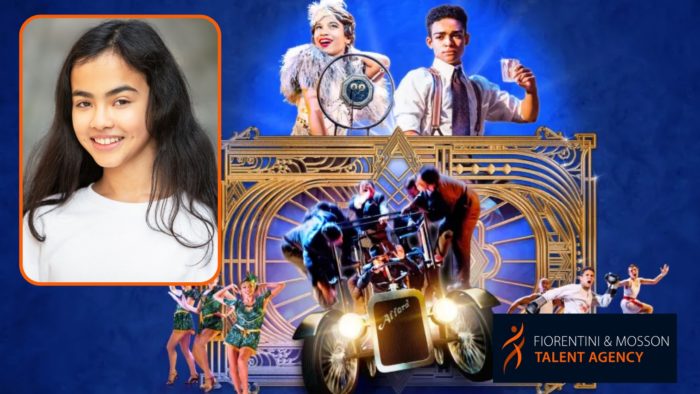 “I won’t take no for an answer, I was born to be a dancer now, yeah”

We have some very exciting news to share! Our agency client Mia Lakha has been cast in the UK touring production of Bugsy Malone. Based on the iconic 1976 movie by Alan Parker, this spectacular theatrical touring experience is a revival of the critically-acclaimed Lyric Hammersmith Theatre production.

Famous for casting children in adult roles, the musical is set in prohibition era New York. It follows a gang of mobsters battle for power (using cream pies as ammunition). The touring production will comprise of a young company of 39 actors, including three teams of seven kids. Mia will be taking on the part of Blousey Brown, an aspiring singer and actress. The musical is packed with instantly recognisable songs from Oscar winner Paul Williams including ‘My Name is Tallulah’, ‘You Give A Little Love’, and ‘So You Wanna Be a Boxer?’. Bugsy Malone is a sure to be a musical comedy treat!

We are so proud of Mia and we can’t wait to catch her on tour.  A huge congratulations to her!

And if you ‘d like opportunities like this, then you can take a look at the schools and the classes we offer here or drop us an email at hello@afperformingarts.com. We can’t promise epic whipped cream pie fights, but we can offer a fun and supportive environment for children and young people to learn to act, sing and dance! We have a few spaces left for this term!