A Training for Everyone 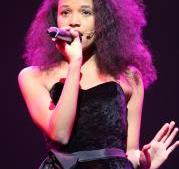 The biggest talking point at the Academy Awards this year wasn’t Leonardo Dicaprio winning Best Actor, but the distinct lack of black actors and actresses nominated for awards.

Without undermining the talent and well-deserved success of those more privileged actors such as Eddie Redmayne and Benedict Cumberbatch, it is hard not to notice the way in which the industry is moving, which is away from an inclusive and culturally diverse theatre.

A large part of the problem is the age-old elitism of many professional drama schools, whose fees tend to attract children of the most affluent and privileged backgrounds. Whilst drama school applicants and working actors are judged on their talent – something which isn’t determined by ethnicity or class – a gift for performing demands refinement and exposure to experience, and without the opportunities that those from more privileged backgrounds receive, Black, Asian and Minority Ethnic (BAME) kids and those from working class backgrounds remain at a distinct disadvantage.

Established in 2001, The Anna Fiorentini Theatre and Film School aims to provide children, including those from less privileged and minority backgrounds, with quality training in singing, dance and acting, delivered by industry professionals.

A key way in which the school aims to achieve its objective of increasing diversity within the arts is through its bi-annual variety show, put on at the celebrated Hackney Empire theatre and attended by celebrities and industry professionals.

On the 1st of October the school will hold its 15th Anniversary showcase. These performances give students from all backgrounds the opportunity to perform in a professional theatre and to have their talent recognised by the numerous casting directors and industry members who attend. Recent performances have results in students being scouted for roles in West End shows such as Matilda and The Lion King.

The Anna Fiorentini School continues to create access to the theatre industry for BAME performers not only through its prestigious showcases, but also by supporting them through the school’s charitable arm, The Fiorentini Foundation.

The Fiorentini Foundation provides scholarships for a number of students each year, and has thus far helped 300 children who would not have otherwise has access to performing arts training gain invaluable skills and experience.

The Foundation is supported by Stage and the City, which offers classes from Acting to Musical Theatre to working adults. However, profits made from these classes only help to support a limited number of students. The school is heavily dependent upon funding and donations from corporate companies and sponsors, and whilst it prides itself on being able to offer affordable training, the lack of investment the school currently receives is making it an increasingly difficult model to sustain.

Since its opening, the school has helped numerous children land fiercely competitive roles across theatre, film and television. One such child is Tahj Miles, who has starred in West End productions as Nipper in Oliver!, Simba in the Lion King and is currently in the series Class Dismissed for CBBC. Tahj’s mum Marianne says “[attending the school] is something so important to my child and to his life”, whilst Tahj adds “it’s given me much more courage”.

Other BAME students whom the Fiorentini School has helped launch to success include Belinda Owusu, who landed a four-year contract as Libby Fox in Eastenders, Jayden Oshenye, a scholarship student, who is appearing as Fletcher in The Bodyguard on the West End, and Jermain Jackman, a former scholarship student and now current ambassador for the school, who went on to win the 2014 series of The Voice.

The Anna Fiorentini School has imbued students with the skills to find success not only in the Performing Arts, but in a variety of careers and projects. Former student Joshua Campbell not only continues to work professionally as an actor, but also runs his own creative workshop company called Complexion Workshops, which finds young people from underprivileged backgrounds work in the theatre and entertainment industry.

“[The Fiorentini School] not only allowed me to receive professional training, but also gave me my first acting opportunities and work within the entertainment industry” says Joshua. “It not only offered me a platform to express my talents, but also offered me a place to meet other amazing young people who I am still friends with today”.

The Anna Fiorentini School is determined to continue its support of young talent, particularly that of children from underprivileged and minority backgrounds, and is constantly seeking ways to contribute to the diversification of the theatre and performing arts industry. However, the school will only be able to remain one of the few platforms which offer affordable training if it receives more investment in the form of sponsorships, donations and funding.