6-Steps to a One-Person Show 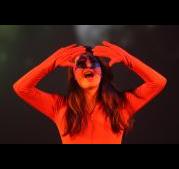 1 – Find a subject… that you want to spend a LOT of time on. It could be about something personal – there is a comedy show by Amy Howerska about her upbringing by her father, an ex-trained killer, and family of skydivers. If, like me, you do not have a similarly exciting / odd background then you might have to think again. Don’t worry there are more choices! You could write a one-person play from scratch with the central character telling the story, you could choose a well-known novel (one old enough to be out of copyright) and tell it from the perspective of one of the characters, or you could tell the extraordinary life story of a person from history. This latter option was what I went for. It could be a well-known figure (Marilyn Monroe, Henry VIII) or a slightly more obscure figure who just had an amazingly interesting life that you feel people would enjoy knowing about. Again, I went for the latter with my show ‘The Masks of Aphra Behn’ – about the first female professional writer who also happened to be a spy for King Charles II in the Dutch Wars. Her life story was stunningly interesting and I couldn’t believe no one had written a feature film about her, let alone a one-woman show. I did a lot of research on her over many months, but that was ok because I chose someone whose story I was passionate about telling. Which helps when you have to spend a lot of time doing the next stage…

2 – Write it. This can take a long time. I wrote my show part time for a year, in-between paid acting and teaching jobs. It could take less time if it was devised. (I know one actress who improvised dialogue in character in front of her iPad and recorded it to create her show, although she had to do a lot of research and planning before she got to this stage.) With adaptation, you have to select the sections of text that reflect your character’s point of view and edit. Adding your own text where necessary. ‘The Masks of Aphra Behn’ had elements of adaptation as I embedded sections from Aphra Behn’s plays into the original writing – firstly in a metatheatrical sense (the show begins with the opening to her play ‘The Rover’, then the performance of that play ‘has to be cancelled’), but also characters in my show say things that characters in Behn’s plays say, as if she is influenced by her experiences in life in her writing. However, before I even got to this stage I wrote what is called a ‘treatment’. It was a two-page document telling the story of the show in brief so I could get a narrative arc. Then I added the sections of text from Behn’s works I wanted in the show, and then I began to create the original writing around that frame work, putting in jokes, building up drama and tension, suspense. I wrote a first draft, got feedback from trusted friends and colleagues, read it out loud on video, improvised around the script to create the character dialogues with Aphra and character monologues on video, wrote another draft based on those, got feedback, wrote another draft. By which point I started to refine what it was I wanted to say about Aphra Behn, other than just tell her story. This began to emerge after the first few drafts and then I pursued this objective over the next two.

3 – Submit it. I then sent the 3rd draft of the script out to various theatres and festivals. When I got accepted for the Women and War Festival at the So & So Arts Club in London I got together a director and a 4th rehearsal draft. Then I had to start learning it.

4 – Learning it. Wow. Many people ask actors after a performance “How do you learn all those lines?” This often is met with a roll of the eyes by actors – “Learning lines is the easy bit!” But in the instance of a one-person show it is a perfectly valid question. And here again I make the point – make sure the show is something that really interests you, that you have a passion for, because learning a one hour or more monologue takes a long time. There is no ‘soaking up’ the lines in rehearsal, as for a normal play. You just have to cram in the words, spend long hours repeating them until they are in so solidly that even if you forget your line for a moment on stage, with no other actor to help you out, you can calmly think “Where am I in the story? What’s next? Oh yes…” and carry on. I refined the 4th draft as I learnt it, as you just don’t want to learn a line you don’t like, if you have written it yourself (if someone else has written the show you obviously don’t have this luxury!). Also, even in performance, I would sometimes accidentally change the syntax or phrasing of a line but get a much better laugh, and so I’d keep it that way. When the script was mostly learnt we then went into rehearsal.

5 – Rehearse it. The director, Pradeep Jey, is a close friend of mine of many years and we have a theatre company together called A Monkey With Cymbals. He has directed a one-woman show (with another actress) before and so this was very useful for our rehearsal process. He knew that there was no point in rehearsing for more than four hours at a time (it’s all just you in a one-person show and your brain gets tired) and he knew how to pace the rehearsals so as not to tire me too quickly. The thought geography of the play becomes important in a one-person show – particularly because in ‘The Masks of Aphra Behn’ she travels to many different countries and speaks to many different people. So positioning places and people in various areas of the stage gave logic to the simple storytelling. One thing we really worked on was snapping from one character to the next in an instant and making them as vivid as possible. We had lots of fun. We laughed a lot. My advice is to find someone you really trust and like to work with. Otherwise it can be a very intense relationship between actor and director in a one-person show.

6 – Perform it. This is where all the talking into thin air in rehearsal makes sense. Because then you can talk to the audience, tell them the story. Communicate. I missed fellow actors in rehearsals but as soon as you get an audience with a one-person show, they are your fellow actors. And of course, sometimes they don’t play ball – they fidget in their bag, eat crisps, walk in late – and then you have to pretend to yourself that you are speaking to an attentive person, or put your attention onto another member of the audience. But when you feel that the audience are being taken on the journey with you it is a wonderful feeling. You may drop a line, skip a bit, have to put back some vital information you missed out. That’s ok. As long as you don’t let the audience know, they will be none the wiser! Tell the story and you will be fine. I’ve completed my London run of the show and had some lovely reviews. It has been a fantastic journey so far. We hope to tour it soon to keep on telling the story to as many people as possible. If you decide to start a similar journey, make sure it’s a story you desperately want to tell, because that excitement will then be passed on to the audience. Break a leg!