11 Jargon Phrases from the Theatre World 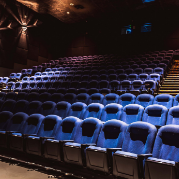 In the world of theatre, performers use many odd and sometimes funny words to convey thoughts and actions about the stage or about the performance. Learn these 12 phrases and you’ll be a pro when you hit the stage.

1. Curtain Call: This is your moment to soak it all in at the end of a performance and bask in the applause. The curtain call is when you take your bows and make acknowledgements of all the people who have helped bring the performance to fruition. Sometimes the leading cast members will take an additional bow after the rest of the cast, and you all celebrate a job well done.

2. The Fourth Wall: this term refers to an imaginary “wall” that performances make between the audience and the stage. This is what gives performances that magic. Sometimes, a performance will intentionally break this wall and speak directly to the audience, whether this is for humour or interaction.

3. Ghost Light: This old tradition is a classic theatre superstition that occurs in many professional theatres. Before the theatre closes up for the night, every light is turned off except for one bulb that’s left on. The idea is that this light is for ghosts who live in the theatre to perform by during the night.

4. Chewing the scenery: This phrase can be good or bad, depending on the context. If you’re “chewing the scenery,” it means that your stage presence is so massive and larger than life that it eats up a scene. Sometimes, a character requires you to over-act and stand out, and this is a testament to your skills living up that requirement. And occasionally, it just means you’re working yourself harder than you need to.

5. Swing: Swings are the utility tool of the theatre. Unlike an understudy, swings learn multiple roles for a production. They have to be able to step in and perform any part at any time if there is an absence or injury. In reality, they may only perform one part in the whole show, but they are there in case anything happens so that the show can go on!

6. Jukebox Musical: This is a type of musical that utilises the songs of an already-existing artist in real life, such as Mamma Mia, American Idiot, and Holler if Ya Hear Me.

7. Down stage/Upstage: when you’re directed to perform down stage, this means the part of the stage closer to the audience. To go upstage means to go to the part of the stage that is further away from the audience. Getting told to go to different parts of the stage can be confusing because the directions change based on where you’re facing, so the theatre world has come up with its own standardized set of terms that are universally used. The following phrase(s) go along with this set.

8. Stage Left/Stage Right: these phrases are for the performers, not the audience. Therefore, when you’re told to stand stage left, that means towards the left whilst you’re facing the audience; it will appear as the right side to the audience. Rest assured that directional phrases are to make sense for you as a performer and make your life easier, so you don’t need to translate the directions in your head and do the opposite. If you’re all turned around during a scene and you’re meant to go stage right, think about facing the audience, and go towards the right from there.

9. Macbeth: In many theatres, Macbeth is a superstitious curse word that can bring bad luck if performed. If the dreaded play must be mentioned, performers say, “The Scottish Play” instead.

10. Back to one: When someone tells you to go back to one, this means to return to your beginning position in the scene so you can practice again.

11. Sitzprobe: The first time the cast have a seated rehearsal with the Orchestra.